What to do when you cheat on the hcg diet

Cheating on hcg diet? The last time I was on a diet, I failed miserably. So miserably that I ended up eating more than what I would have eaten on a normal day. Diets are not for the faintest of hearts.

That being said, HCG diet is even more hard. 500 Calories a day? I don’t think I can fill myself with all of it in one sitting, let alone over the entire day. Not even with a zero calorie drink (water). But then we are not talking about me. We are not even talking about someone who is already in good shape. This is for those who are really in for the diet program. For those who want to lose weight desperately and for those who don’t have an option but to lose weight.

At some point of time, we all want to cheat on a diet. I have seen over 90% of the people on a diet cheat. Maybe once. Just once. They fall for that scoop of ice cream on a party. They think that one cup cake wouldn’t do a lot of harm. The bar of chocolate is tempting to others. Whatever the reason, the results are the same. You cheat, you fail. Or do you?

The Dieting is a science. Cheating is an art. Now, you mix both together and you find a food or two which will actually not give you a problem. Think about it. There are 1000’s of food around. You are limited to 20 or 30 of them. You are bound to be bored. You will end up chewing on something which you shouldn’t at some point of time. But when you make a sensible, calculated risk on chewing a particular food, you may actually have a winner. Most of the food (we are not talking chocolates and ice creams here but veggies or some fruits like banana) which is restricted on a HCG diet has a reason for it. For instance, The sugar level in most fruits are high. There may be chemicals which retain water or fat, which may impact your weight loss (think sodium). But not everyone has the same level of chemicals in their body. May be sodium is not going to create a problem for you, but it may for me! Then, why are you not eating food which contain sodium which are restricted by the HCG diet protocol, just because it contains sodium?

Food for thought? Don’t worry it’s not going to increase your weight thinking! Most of the food which is restricted is not because they have high calories alone. It’s restricted because there are other chemicals and ingredients which act as a catalyst to retain fat or body mass. The HCG protocol is a detailed list of only the foods which has not just zero calories but also avoids all the ingredients which act as a catalyst and any food which is associated with it.

Cheating on HCG diet Phase 2 and getting away with it?

Well, that’s the art. But for you to cheat you need to plan. You need to be in a stagnant weight loss. Not on a plateau. You should be on a constant weight loss path. You should be losing something over the period of time. Most people have a pattern of losing weight. The first few days on a hcg diet is a rapid loss. People lose up to a pound constantly, sometimes up to a week. Then, there is a pattern. You lose 2 days and then the 3rd day you have a stall. You lose the next 2 days and then again stall. That’s the pattern you are looking for.

When not to cheat on a HCG diet

Monitor. That’s the most important thing. If you have not gained any weight on the next day and if the pattern is not broken, wait for 3 more days and see if the pattern continues. If everything goes as normal, VOILA! You have just found a food you can eat while on HCG diet. On the contrary, if you gain weight, take no further action but avoid the food like a plague! Continue the hcg diet and make sure that you get the pattern straight before you try cheating again.

So when is your HCG planned cheat day?

Remember. No cheating till you have got the pattern right. Never cheat on a plateau and most importantly, don’t ever cheat on the first few days of the diet when you are losing weight consistently! You cheating day is best planned when you have noted the pattern. You will know when your pattern is broken that your food has failed. This is the only easy way to cheat and it’s the proven trick!

What to do when you cheat on hcg diet?

Oh-oh!! Then, this was bound to happen one time or the other. Now what? To be honest, I too cheated on the hcg diet. A momentary judgement lapse can entirely screw the diet, well…almost. But, there are always ways to fix it. An apple day seems only fair to recover from the cheat phase. Another option few dieters tried is by munching only on protein and veggies. This means you need to ditch the melba toast and fruits. By trying this technique, you are helping the body to cleanse out the carbs from the system.

This does not give you the free ticket to indulge more in hcg diet cheats. Since weight gain is rapid during the hcg diet program, make sure of not making the same mistakes again.

What happens when you cheat on the hcg diet?

HCG diet is not like any other diet program. Hence, it is quite crucial that you stick to the ritual and don’t stray away from the diet. Here are two major reasons why cheating on hcg diet is a big No-No.

Bottomline, indulge in hcg diet program only if you are sure about it. The hcg diet seems easy but can be challenging as you have to survive on the very low calorie diet (500 calories). One time “binge eating” is forgiven but repeating is not erroneous and can be deemed a habit. I am not trying to scare you but look all the possibilities before jumping on the hcg bandwagon.

Biosource HCG Complex is one of the best hormone free hcg drops in the market and a best seller.

HCGDiet.com is the oldest hcg Website with hormone free and pure hormone drops

Prescription HCG Injections for weight loss with Doctors Guidance. The best HCG Ever 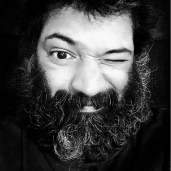 The Name is Rajeev. I go by a lot of pseudo names because I just like to have fun. Like Shakespeare once said, "what's in a Name?" or was is Shakespeare? I love to read. Mostly fiction. I am probably the most unromantic person you could ever meet. Loner, Claustrophobic and often mute! I love to sit on my porch, read a book while it's raining. I live in a farm surrounded by creatures and my best friend is a dog named Happy.  I have worked in the IT industry for the past 20 years. I have been writing a book since the past 6 which i doubt will be complete anywhere in this century! I love to design websites and fantasize being a Hacker or nerd!